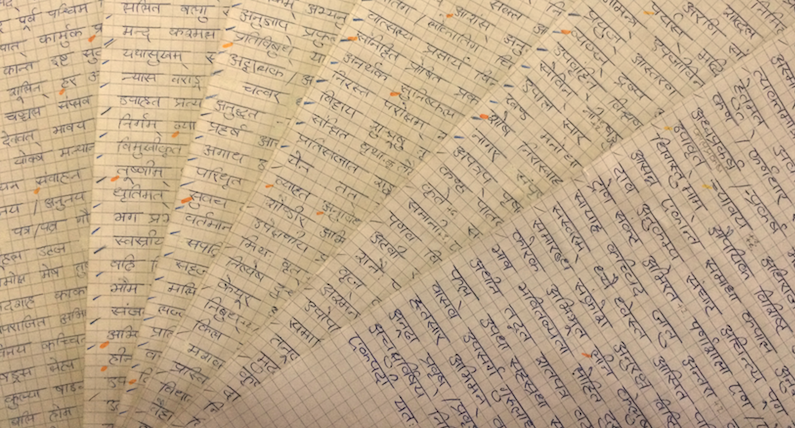 The Hindi word for dictionary, शब्दकोश (śabdkośa), literally means word-chest. Apart from accurately describing the function of a dictionary, the word also aptly illustrates the fundamental problem language students face upon first opening the dictionary of a new language: at the outset their coffers are empty.

Success in learning a language largely depends on a student’s ability to take sustainable measures against this initial bankruptcy of words. But all too often the measures for learning vocabulary are not calculated with as much care as they are in the world of economy. This results in a very slow growth coefficient, stagnation, and eventual crash, and thus helps promote the idea that learning a foreign language is a frighteningly difficult task. It is certainly one of the toughest ventures the brain can undertake, but it also involves risks that can be minimised by taking appropriate measures from the start. So the, what will help students fill their coffers and slowly provide them with the economical power to engage in the trade of words and ideas in a foreign market?

This article introduces a simple yet effective technique we’ve developed while learning vocabulary for several modern and ancient languages. It is not meant to be the final word on the question, but as an example of how to think about learning vocabulary and how to develop a strategy for it.

It has been proven that the time of the day at which the brain is most receptive to new information is the morning. So, if you want to maximize your potential, go through your batch of words as soon as possible after getting up. It does not need to be for long.  The exact amount of time will depend on your personal schedule, motivation, and aims, but generally you can count on twenty minutes in the morning will be equivalent to forty in the evening.

The most important thing about learning vocabulary is not to give up. If you can’t find enough time or motivation, do less, but keep going. Even if for ten minutes a day. Over the long term, regular small study sessions will keep your vocabulary growing sustainably, not one long study session on occasion. That said, from time to time, take a break and let sleeping words lie.

This advice is especially directed at highly motivated students who wish to progress as fast as possible. The number of words one can learn in a day depends on many factors, including genetically inherited faculties of the memory, the amount of time invested, memory faculties acquired through training, the ability to concentrate on the task at hand, and the familiarity with the language or relationship to another known language.

Students who want to practise serious vocabulary memorisation as a planned activity constantly need to engage in careful self-evaluation of the workload. If students get overly ambitious, the rate of successfully memorised words will be reduced, and actual progress will not reflect the student’s full potential.

Successful acquisition of vocabulary has a lot to do with achieving a balance between speed and care. As it is up to each student to find this balance, the only rule of thumb is never to stick to a rigid plan. Instead, increase and decrease vocabulary lists and observe how the learning progress changes. And consider the fact that, over the long term, it is important to account for time needed to review learned words, which means that time spent on new words will be limited. The words you repeat are what is already in the bank. New words are an investment.

Children only learn words that are relevant to the contexts in which they use the language. They will know words and phrases related to family life, eating, playing, basic emotions, and the like, but will not know vocabulary related to geopolitics or nuclear fusion. Similarly, beginner students should always consider whether or not a word is really worth the effort; whether it is an investment which is likely to pay dividends.

Language students should also be aware that one’s vocabulary is determined by factors such as education, interests, and occupation and therefore one’s knowledge of a language is naturally incomplete. A very educated person with an incredibly large vocabulary need only step out of his of her common environment to encounter people with the same mother tongue who appear to speak nothing more than a distantly related dialect with only basic words in common. The beauty of this discrepancy is that the very incompleteness of our linguistic knowledge is what makes us who we are.

When you learn new words, you should always use them in sentences—at the beginning probably not the most inspiring ones—as it is usage which determines the eventual meaning of a words, not their dictionary entry.

Never repeat your words in the same order, as you are likely to learn the order rather than the meaning. Even if it is only for a group of five or ten words, change their order when repeating them.

If the language you are learning is related to your native language or another language you know well, look for similarities in vocabulary and try to learn something about how the two relate to each other as this can reveal many more parallels between them than you would initially expect.

The technique we offer for memorizing new vocabulary is very simple. The only thing it requires is persistency, organisation, a pen and some paper. It essentially consists of writing down groups of five to ten words on small pieces of paper. 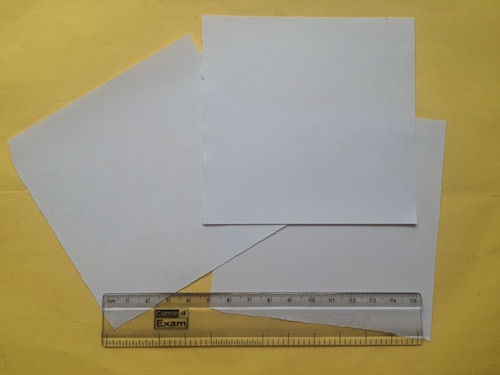 On one side you write the word to be learned, on the other side its definition. 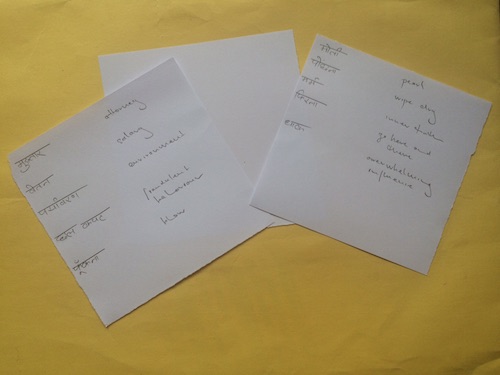 The pieces of paper are then folded in the middle, so that only the definition or the word may be seen. In this way you can check how much of your vocabulary is active and how much is passive by repeating it both from native language to foreign language and vice versa. 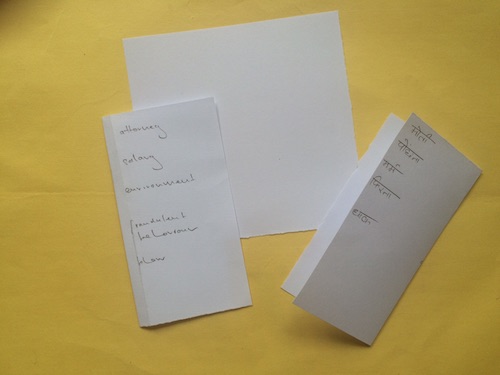 These words are then memorised while keeping in mind the various factors explained above that contribute to effective acquisition of new vocabulary. Once they are first memorised the piece of paper is put down as the foundation of a pile, the new-investment pile. The same process is then repeated with other pieces of paper containing other new investments. After about five or six days when the pile has accumulated, it is time to take the piece of paper from the bottom of the pile, the first investment, and repeat the words it contains, taking stock of the success rate.

Especially if you are not yet a well trained vocabulary learner you will probably not remember all of the words. Just pay particular care to those words that have not yet yielded a good return. Once the words have been repeated the piece of paper will start a new pile. The once-repeated-after-five-or-six-days-pile.

You now continue the process just described until the once-repeated-after-five-or-six-days-pile is about twice as large as the new-investment-pile. This means that the words will again be repeated after about ten to twelve days. You again take the piece of paper at the bottom of the pile and start a new pile. The second-repetition-after-ten-to-twelve-days-pile.

If there are still words you do not remember you should first check whether they are the same words as the ones you did not remember last time or new ones in which case you could consider starting a separate piece of paper with investments that are reluctant to yield returns. Once filled, this piece of paper can then be introduced back into the system by placing it on the new-investment-pile.

Note that while you generate your third-repetition-after-twenty-days-pile new words continue to join the second-repetition-after-ten-to-twelve-days-pile from the new-investment-pile, which is itself constantly kept alive by new investments. This means that you will need to learn five to ten new words per day, and repeat five to ten words from the two other piles. This adds up to constructive engagement with something between fifteen and thirty words per day. If this initially turns out to be too much, then just reduce the number of words put on a piece of paper.

More advanced learners might also switch to a more space-saving format by writing down the “piles” as rows on a large sheet of paper (see the header photo for this post) and marking stages in the repetition of words with different strokes and colours. But this technique tends to be a bit more difficult to keep track of, so beginning students are advised to use the technique with actual physical piles.

Using this method you will not only be able to develop your vocabulary sustainably, but also get a rigorous training for your memory that will help you in all aspects of life and go a long way in preventing you to lose the only youth which really counts, that of the mind.

Four Strategies for Building your Vocabulary in a Foreign Language