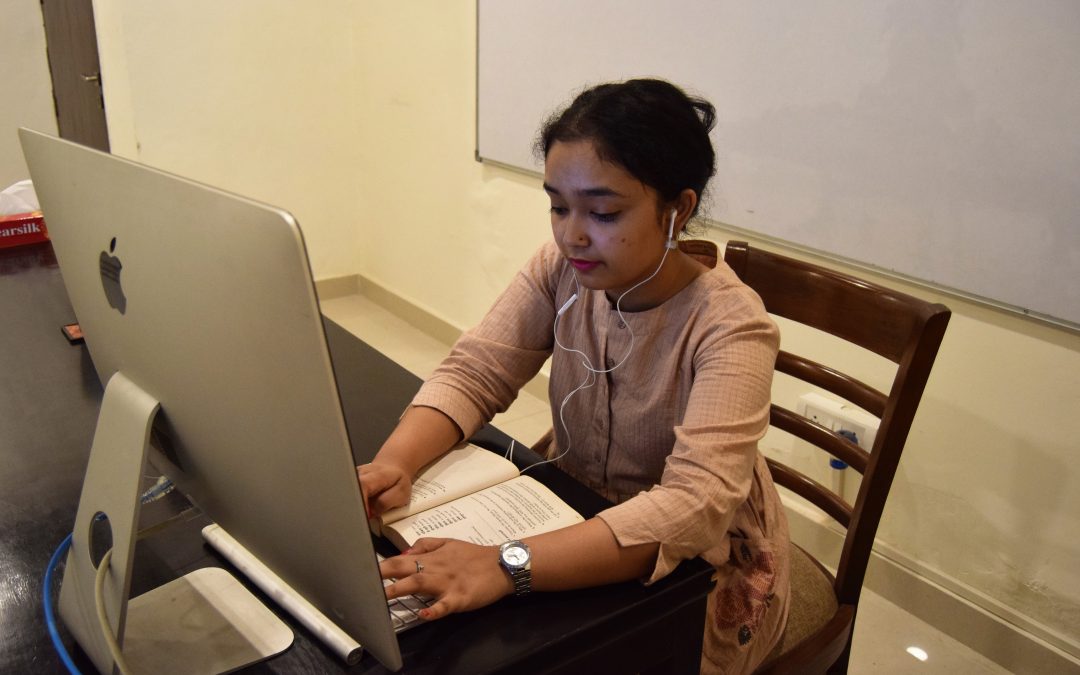 In this blog, Mr Saraf talks about what makes the language learning experience unique at Zabaan.

When I first enrolled as a student in Zabaan, the name suggested Urdu to me, all the way. I did not even think any other Indian languages were taught at Zabaan. I was astonished to find out much later that Urdu was only a small part of the offerings of this amazing school. Yes, amazing, simply because of the way they teach.

My own recollection of learning Hindi at school was not the most pleasant one. Most of the teachers were intimidating to us striplings. We all felt like lesser humans because we did not pick up this amazing language easily. The fact that I was a Kashmiri whose parents spoke Urdu Kashmiri or English at home did not help. I still felt inferior to others. Unlike with English, I genuinely struggled with Hindi and always felt that this was because there was something wrong with me. The pride I felt about my fluency in English lasted until I passed High School and came to live in Delhi, where the demand for pure Hindi was greater at the time.

But, coming back to Zabaan, apart from the fact that I did not have recite the entire Urdu alphabet by heart, the methods of teaching took me very quickly to simple reading and understanding the nuances of how each letter may (or may not) change form depending on where it appears in any given word. Fast forward to me reading Urdu fluently, writing it almost as fluently, but still with a somewhat childlike handwriting, the only remaining challenge was vocabulary, something that is not hard to fix, just a matter of time and persistence.

Now I am a part of Zabaan and thoroughly enjoying the atmosphere, the passion for learning and teaching and also the camaraderie. Oh, I even do a bit of teaching, English for diplomats who are not native speakers of the language. But, to a large extent, I am still what in Urdu we would call a شاگرد (Shagird) or a student. I listen to how my colleagues describe what they would teach in a particular Hindi class in almost astonishment. The process actually sounds fascinating, almost charismatic in description. I do not know if this is because these courses are designed for adults, but it feels and sounds so different from the learning by rote they rammed down our throats in primary school.

Now, I have a strange feeling growing inside me. I would like to unlearn all the Hindi I learned in school and start learning Hindi from scratch using the Zabaan methodology. Unfortunately, I have so many business commitments, it is hard for me to find the time to do this, but if and when I can, I will enroll and learn it all over again. These guys are that good. I am not saying this because of the fact that I have invested in Zabaan or am now a director of the company that runs Zabaan. I just truly have not seen languages taught the way they are in Zabaan. That is an undeniable fact and I have experienced it first-hand.

I looked up the word زبان (Zabaan) in the Urdu – English dictionary and it gave me one definition. It meant language. But in common parlance, it can also mean tongue. Put a prefix on it and it can mean bitter, sweet, sarcastic or dumb (not stupid dumb, just unable to speak) ways of speaking. Animals are described as بے زبان (Bezabaan) because they cannot speak in human languages. Humans who are unable to talk are also described with the same word. My point in saying all this is that the definition itself separates humans from other species. The power of language. And if language learning can be fun, if it can be a journey of true discovery, is there anything better than that?

I took the plunge. How about you?