Urdu — The Maddening Language of Love 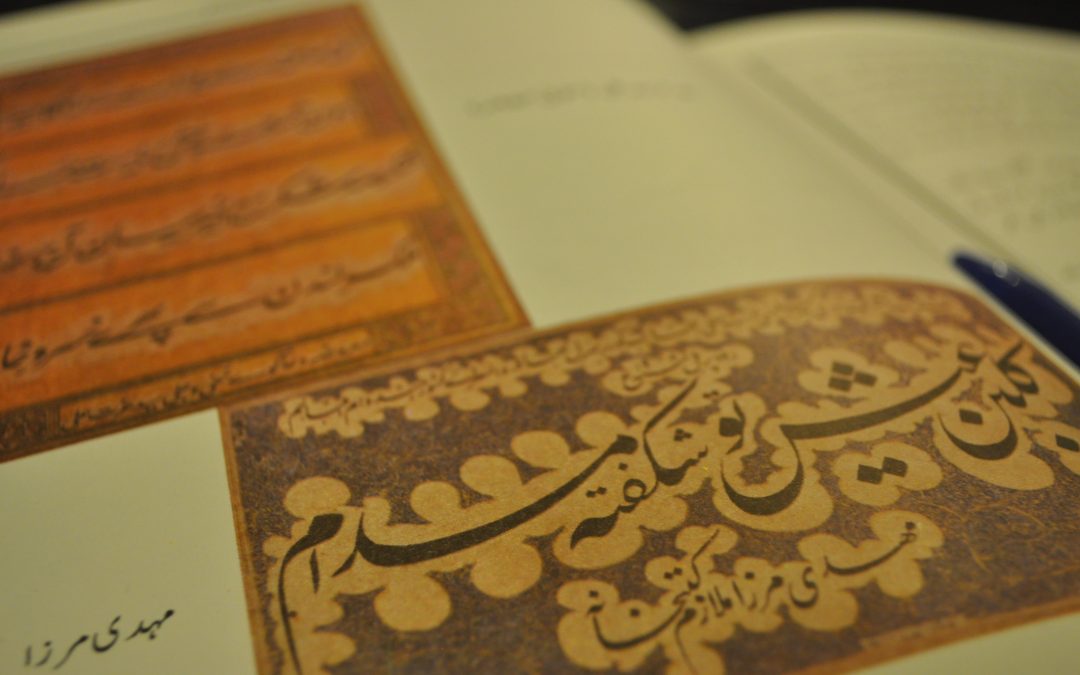 In this blog Rakesh Saraf talks about the challenges he faced while learning how to read and write Urdu.

“Arabians learn Arabian with the speed of summer lightning.
And the Hebrews learn it backwards,
which is absolutely frightening.”

I remember these lines from the musical “My Fair Lady”. Rex Harrison sang (sic) these words in the number “Why can’t the English learn to speak.” An adaptation of George Bernard Shaw’s “Pygmalion,” it captured the imagination of many young people at the time.

Urdu is at first, and for a while, scary, nay frightening for an adult learner. Not being brought up learning, reading or writing this language, it poses many challenges, not the least of which is the fact that it is written right to left. Native Urdu speakers may find this comment amusing, but being brought up learning cursive writing from left to write in English where most of the letters in a word are joined, turning the flow backwards is challenging to say the least.

I have not even begun. While Urdu poetry moves me like no other poetry has ever done, the language has challenged my learning skills no end. Starting with the letters of the alphabet. I believe, although cannot say for sure, there are 33 letters of the Urdu alphabet. I remember my mother well into her nineties, could rattle them off in order all the way down, a very intimidating experience for someone who came in through the side door later in life. She learned Urdu in nursery school for God’s sake!

Okay, so what is the big deal? English has 26 and Urdu has 33, so what? Okay, on to the next challenge. Some of these letters have an Arabic root, while others are, well, Urdu. So, the green letters I had on the cheat sheet were of Arabic origin, about a dozen of them. Again, you ask, what is the big deal? They are now part of Urdu aren’t they? So what?

The next complication is that some of these letters are breakers, and others are cursive. This means that if you use one of these letters in any word, the rest of the letters after it cannot be joined to it. There must be a break after these “breakers”. So, letters like ‘Aliph’ (the ‘A’ of Urdu), ‘Re’ (the ‘R’ of Urdu) can cut a word into two or more sections. Okay, well in English, we have capital letters and small letters. So, ‘R’ looks different than ‘r’ doesn’t it? So what is the big deal?

Well we have that in Urdu too. Except for the breakers, every letter has three forms, not two like in English. One at the beginning of the word, one in the middle and one at the end of a word. So, in this respect, Urdu is one up on English. And sometimes, the letters look nothing like each other, much like in English. When you add the need to use “Nastaliq” (‘nask’ from Arabic, meaning script, and ‘ta’liq’ also from Arabic meaning hanging), it is really hard to know how high up on the line you need to start a word to make sure it does not go well below the line at the end. And, another complication is that the hanging right to left script must reach the line at the end of a word or upon reaching a breaker letter, whichever comes first. “Phew”.

I am just warming up here. How many letters in English make a ‘Z’ sound? One right? And that is the ‘Z’ aka ‘Zed’ or ‘Zee’ depending on which side of the pond you were born. Well, wait for this. In Urdu there are not one, not two, not three but four variants of the ‘Z’ sound. ‘Ze’, ‘Zaal’, ‘Zoay’ and ‘Zuaad’, the last two of which are used mainly for words rooted in Arabic.. The first two of these look suspiciously like each other, except when you write in ‘Nastaliq’, in which one suddenly dips, and the other rises before dipping. The ‘S’ sound is a little less complicated because it has only three letters belonging to it. ‘Se’, ‘Seen’ and ‘Suaad’ (like ‘Zuaad’ above, this is also used in Arabic words). The ‘t/त’ sound has only two letters, ‘the’ and ‘thoay’ and must feel deprived. “So how does one know which letter to use in which word?” I asked my learned teacher. He simply smiled and said, “You just know”. Sigh!

One letter which particularly fascinates me is the ‘Vaow’, which looks like a pregnant comma, very innocuous, or an ‘Uuu ki matra’ on steroids, in Hindi. This is such a versatile letter, and can fool many unsuspecting students. Now that I am alerted to its versatility and deceptive nature, I am cautious when pronouncing it. It can alternately sound like ‘Uuu’, ‘V’, ‘O’, ‘Au’ and I suspect other sounds which I have missed here. And that brings me to the maddening illogicality of vowels in Urdu.

Every language that I know and understand has vowels which are written and pronounced in both short and long forms. In Hindi, to make it easier the form of the vowel in a word is different so you know whether you are using a short ‘U’ for instance or a long ‘Uuuu’. In English the vowels can be the same but at least they are there, for God’s sake! In Urdu? No sir, short forms are passe in Urdu. So they are just simply not used. So, a word like ‘Bahut’ (meaning ‘a lot’) is spelled without the small ‘U’. It is spelt ‘Bahat’, or simply with a ‘B’ ‘H’ and a ‘Th’. No vowels, not one. So when I write this word in English I use 2 vowels, in Hindi there is only one vowel, and in Urdu nary a one.

There is a word pronounced ‘Zikr’ in Urdu, meaning ‘to refer to’. So it is spelt with a ‘Z’, a ‘K’ and an ‘R’, like ‘Zkr’. Oh, but you are supposed to know there is an imaginary ‘i’ there. In some printed editions of the language, the writers are kind and put a friendly slanted dash under the ‘Z’ to indicate an implied ‘i’ sound. Or a tiny ‘pesh’ on top of a letter to indicate a short vowel like ‘U’. And so on and so forth. Ad nauseam.

Please do not get me wrong. As maddening as this language is, I am in love with it, because it is so expressive and has words that defy one’s imagination. It has many words that are used in romance. While it may be a mystery to many of us, in India, most of us speak many words of Urdu without realising it, under the broader umbrella of Hindustani.

I have crossed many hurdles in learning the language. Vocabulary is one that remains. Mine is still short of where it should be. But every new word that settles in my conscious self is a delight. And I yearn for opportunities to use it. If not in speech, poetry is a beautiful medium to express oneself in Urdu.