The Metamorphosis of Vocabulary 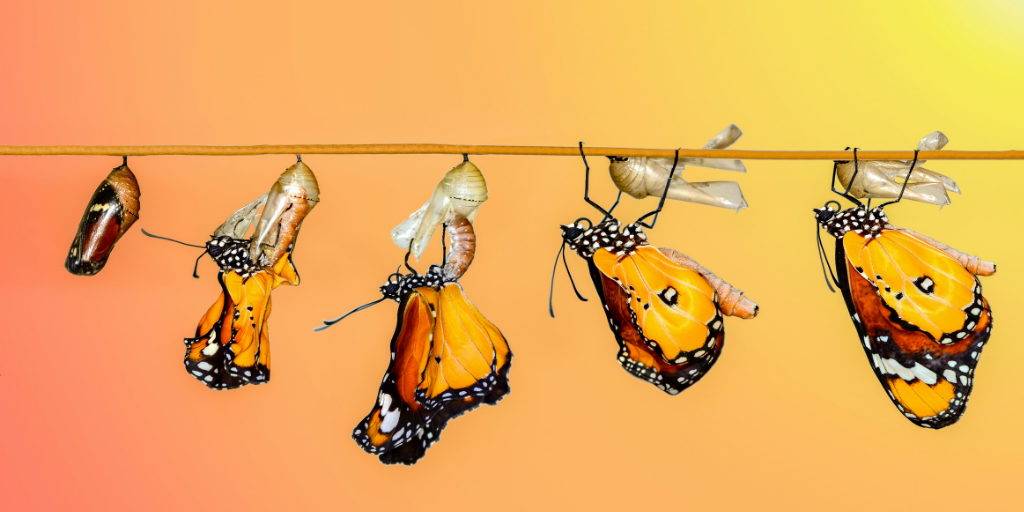 In this blog, Rakesh Saraf talks about how meanings of some common English words have changed over time.

“To think that only yesterday
I was cheerful, bright and gay”

These are lyrics from a song called “Alone Again (Naturally)” sung by Gilbert O’Sullivan as recently as 1972. In today’s context this would take on another meaning. The word gay, for decades, if not longer always meant “happy”. It may surprise people to know that this very word ‘gay’ was used to denote homosexuality even as early as the late 19th century. However, its usage in a more permanent sense began in the mid 20th century. Today, there would hardly be anyone who would use it for a meaning other than as a noun depicting a homosexual individual. Of course, like Haley’s comet, it has attracted other companion words describing what traditionalists might describe as a deviation from traditional sexual or gender preferences. The word “Lesbian”, one of these, strangely enough originated in the 16th century of the Greek Island of Lesbos. It was introduced into medical dictionaries in the late 19th century. But in common parlance, it gained popularity in the mid 20th century. The entire range of LGBTQ grew out of variations in gender and sexual preferences, something that was swept under the rug in the pre-information age. Now it is out in the open.

From Negro to African American:
Call them by any name, Black Americans took centuries to shake off the yoke of slavery and
its attendant taboos. The word ‘negro’ meaning ‘black’ in Spanish and Portuguese was coined to define people of black African origin. This dates back to the 15th century when they went out in search of India, and found many places other than India along the way at first. It is also associated with the word ‘Niger’ which came from the river of the same name again depicting the colour black.

As recently as 1967, a Hollywood movie “Guess Who’s Coming to Dinner” used the word ‘Negro’ and this was still considered normal then. So the shift in mindset is not that old. This movie was a ground breaking one, depicting interracial marriage in a positive light for the first time. Much like ‘The Graduate’ a year later, which promoted the case of an anti-hero. The word ‘Negro’ (now capitalised) and, to a lesser extent ‘Negress’ was used to describe men and women of black colour/race in America and Europe well into the 1950s and 1960s. It started to assume, rightly so, a distasteful profile and over some years it changed to ‘blacks’ or ‘black Americans’ (in the US). Fast forward a few more years, and the reference to the colour of skin also started to be considered distasteful. They are now described as ‘African Americans’, which personally I am not sure improves things any. However, the word ‘black’ is used on other more positive contexts such as ‘Black is beautiful’ and, more recently, ‘Black lives matter’. The word negro is now dead except in history books.

The word ‘Awesome’:
Dictionaries define the word ‘awesome’ to mean ‘causing or inducing awe; inspiring an overwhelming feeling of reverence, admiration, or fear. And so it remained since the early 1600s. But, no, we were not satisfied with this. Over the turn of the century (I mean from the 20th to the 21st century, of course), this word was literally hijacked by the youth of the English speaking world to mean ‘great’, ‘fabulous’, ‘amazing’ all in a positive sense. So much so, that I rarely ever see it being used in the context of its original meaning.

Is there a Cloud out there?:
Now here is an interesting word and its more recent adaptation is even more intriguing. As Indians, we tend to think of clouds as something desirable, with a portent of rain and a cooling of the hot weather and, more recently, the washing away of pollution. The word cloud in the west, however, apart from meaning ‘a visible collection of particles of water or ice suspended in the air, usually at an elevation above the earth’s surface’, has a definite negative connotation, mainly because they associate clouds with poor weather, unlike in India. The adjective and verb derived from it such as ‘this clouds his judgement’ or ‘the future is clouded over with uncertainty’ have definite negative connotations. However, the more intriguing recent use of this word is in Information technology.

A whole new lexicon has developed around this word, much of which is Greek to mere mortals like us. “Cloud computing” is one such derivative. Storing my data in the ‘cloud’ is another equally strange adaptation. What it means is ‘cloudy’ to me (pardon the pun), but it must mean something to the people in the know. It definitely (I hope) doesn’t mean gigantic machines or data storage devices floating up in the stratosphere.

Are you on my wavelength, baby?:
Does anyone in Generation X, Y or Z even know or remember what the original use of the word ‘wavelength’ was in connection with? Us ancients remember the age of ‘medium wave’ and ‘shortwave’ radio, and radio operators who use the traditional wireless radio would know what it means. The wavelength of a radio signal was important during WWII (World War II to you newbies). The origin came from physics where the length of waves of signals were measured. The origin of this word dates back to the middle of the 19th century.

Today wavelength means something totally different. It is a measure of human relationships, as to whether two people are of similar mindsets, similar thinking and similar use of logic. You can also blame Leonard Cohen for popularising this usage in his iconic song ‘Suzanne’ in 1966:

‘and just when you mean to tell her you have no love to give her,
She gets you on her wavelength and lets the river answer that you’ve always been her lover’

I suppose there is hidden logic somewhere in this usage of the word, but it has obscured its original use. Of course, some people use expressions like ‘are you in sync with me on this?’ which again adapts another word ‘synchronise’ to define not a matching of meters or watches, but of thinking and thought processes.
************

I have only scratched the surface of this subject in this blog. If there is enough interest I can take it to ‘another level’. Now there is another interesting expression.