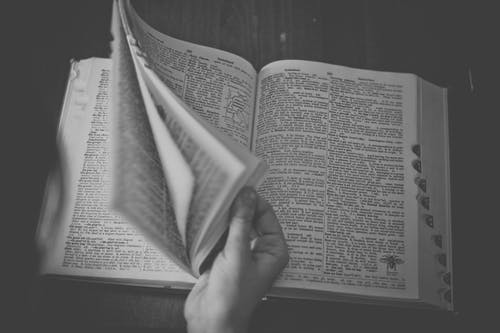 In this blog Rakesh Saraf talks about the new words that have been coined in the wake of the COVID-19 crisis.

Much like most of humanity, I have spent pretty much the last 16 days at home. Today is Day 17 and, at the very least, I would suspect I have another 8 days after today before I can even think of going out of the house. I am in a high-risk category, and people speak pityingly about my category, as if we are all but doomed to fall victim to the virus.

During this period, I have done a lot of things that I had little or no time for before. I am happy to say I wrote a great deal, mostly for my Instagram Page, but also longer stuff. While watching television and reading articles on-line (no newspapers, no sir, they could carry the dreaded virus). I have discovered that this unprecedented period in the history of mankind has also generated a whole new lexicon, new words, new phrases, new ways of looking at things. I find this fascinating, as any student of languages would. I would like to share some with you here:

1. CORONA:  Yes, the word itself is now such an intrinsic part of the lexicon of this world, that most people have forgotten what the original word meant. If you go to Dictionary.com, and look it up, you will find several definitions, including this as the primary one: “a white or coloured circle or set of concentric circles of light seen around a luminous body, especially around the sun or moon.” No virus mentioned there, but I suspect after this, someone will add it to the definition.

2. LOCKDOWN: This is a compound word, consisting of two equally negative sounding words, “Lock” and “Down”. Prior to current times, using a word like this would need an explanatory note. No longer needed now. I am in Day 17 of a lockdown, as I am sure many others are too. Some that I spoke to had done a voluntary lockdown as long as 10 days earlier than I had been instructed to, by the Chief Minister of Delhi. Of course, he was later trumped (pardon the pun) by our own Prime Minister who extended the lockdown for another 21 days, 4 days after ours began. A lockdown is supposed to be almost like a curfew, with the exception that you can go to the local store to buy “essential” supplies. But, there is no definition of what essential supplies mean. I know they do not mean liquor, because all the liquor shops are closed. Sigh!

3. THE NEW NORMAL: Honestly, I hear this expression far too often these days. It has become such a fashionable way of describing anything that has changed in this world, since the Corona virus started its destructive swathe across the world. Please, folks, go easy on using this expression. It is an expression that has been hackneyed by overuse within just a couple of months of its invention.

4. PANDEMIC: Maybe the readers of this Blog knew, before now, exactly what a Pandemic was. My own vocabulary ended at the word “Epidemic”, especially when related to the flu, cholera or small pox. I am not sure, how the prefix “Pan” changes the meaning to the world. I guess instead of saying “ a Pan-India epidemic”, which would be across the country, a “Pan”demic means the whole world. I still do not see the connection or the logic, because a Pandemic can also relate to a country according to Dictionary.com, but the WHO has decided. Who am I to argue with such an august body?*

5. SELF-QUARANTINE:   I am really not sure how this expression came about, but all of a sudden, everyone knows what this means. I mean a quarantine is what rich countries did to potentially diseased immigrants/refugees from some third world country, to make sure they did not carry lice, or communicable diseases, especially if they had travelled in the hold of a sea-going vessel for several weeks, in squalor. That was the image in my mind. By the addition of the prefix, it has assumed a dignified and respectable image. Self-quarantining is what a respectable responsible citizen would do, in order to protect his fellow citizens from the danger of infection.

An interesting addition to this is a piece of general knowledge outside my ken. I am grateful to my dear friend Krish Dhawan to have pointed this out. Here is an excerpt:

“Did you know that the Persian Scholar of medicine, Ibn Sina (980 – 1037 CE) suspected that some diseases were spread by microorganisms? To prevent human-to-human contamination, he came up with the method of isolating people for 40 days. He called this method al-Arba’eeniya (the forty).

Traders from Venice heard of this successful method and took this knowledge back to contemporary Italy. They called it “quarantena” (the forty in Italian). This is where the word “quarantine” comes from. The origin of the methods currently being used in much of the world to fight pandemics have their origins in the Islamic world.”

6. COMMUNITY TRANSMISSION: My word, but that is a very powerful expression, and now carries a horrific image of the rapid spread of a dangerous disease in a slum like Dharavi in Mumbai. The real fear is that the virus might spread within days to a large part of the population without having to travel long distances. Out of almost three quarters of a million residents (within 2 sq. km.) of the slum, just imagine if half or three-quarters contracted the disease. What would that do to the statistics in India? The numbers in India (read casualties) would far exceed that of any other country. But this is what we believe could happen, if Community transmission, which is stage 3 of the spread of the disease occurs. Horrific images come to mind, of an entire slum being sealed off, fumigated, starving, sick, with nowhere to go, because there would simply not be enough hospitals to take them to.

7. SOCIAL DISTANCING: This is probably the most used or abused expression during the present COVID-19 pandemic. Basically, depending on the intensity of your paranoia, it could mean maintaining anywhere from 6ft to 10ft of distance between you and the person closest to you. Easier said than done in cases when you are shopping for essential supplies. This distance purports to protect you from droplets which depending on who you listen to could come spraying out of the mouths or noses of an infected person directly into your breathing apparatus or, in some cases, these droplets could defy gravity and stay suspended in the air for hours, waiting for an unsuspecting nose or mouth to inhabit.

However, thanks to my friend Krish Dhawan of the aforesaid “quarantine” fame, I have learned a new expression as a variation to social distancing. And this is what he calls “Distanced Socialising.” Incredible as it might sound, this is the practice of meeting friends and family remotely via video chat platforms like Zoom, Houseparty, Webex, MS Teams, Google Hangouts etc. Folks, the English language is alive and well, and immune to any virus known to man or nature.

I am sure I have missed many words and expressions in the above, but this is just to get us thinking of how the world changes and adapts to new realities (not the “new normal” ugh!), and learns how to cope with these realities and also invents a whole lexicon to cope with them.

*Editor’s Note: For those of you wondering about the origin of the word pandemic, it comes from Ancient Greek pándēmos, ‘of or belonging to all the people, public’, which in turn comes from the prefix pan- meaning ‘all, every’ and dêmos, meaning ‘the common people, free citizens, sovereign people.’